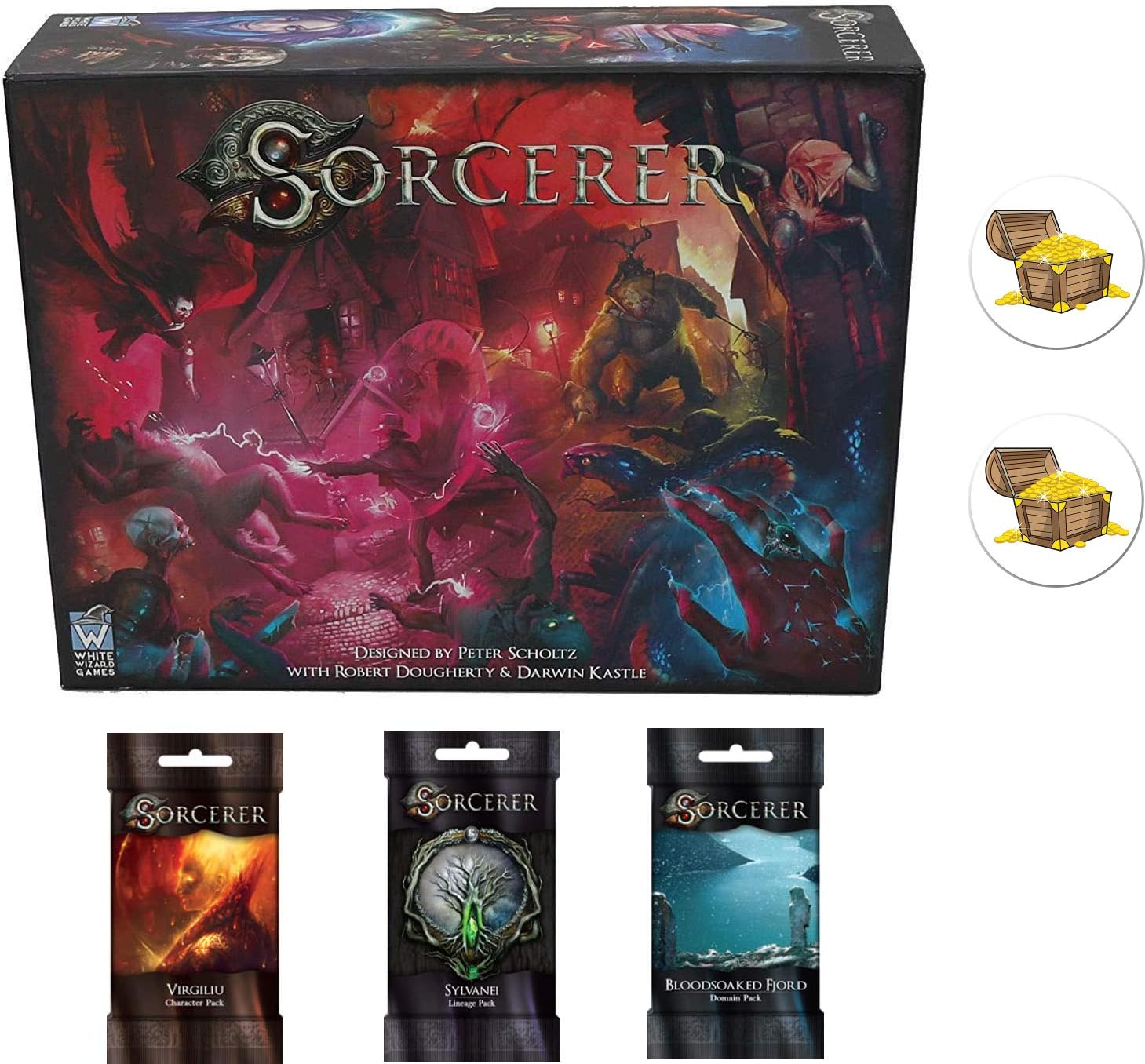 Sorcerer is a 2-4 player dark fantasy game from the creators of Star Realms. It combines the best elements of a strategy card game and a tactical board game to create a whole new play experience!

Each game you will create a unique sorcerer by combining a Character Deck, a Lineage Deck, and a Domain Deck. Shuffle them together to form your grimoire (which contains your dark magic and evil minions) and you are ready to play!

Each deck also comes with a skill card. Together, they show your true name. For example, you might be Ariaspes the Demonologist of the Outcast Sanctuary.

There are three different battlefields in the game representing different sections of Victorian London. When you play a minion, you must decide which battlefield to put it into. It may only attack and use its abilities in that battlefield. If you later decide you need it elsewhere, you may spend an action to move it to a neighboring battlefield.

After all player actions have been spent, minions do battle, rolling battle dice equal to their attack, damaging or destroying enemy minions, or even capturing the battlefield itself. If you capture 2 of the 3 battlefields, you win the game!

Expand your gameplay with the Virgiliu Character Deck, Sylvanei Lineage Deck, and the Bloodsoaked Fjord Domain Deck. Play as Virgiliu and use your pyromancy to burn your enemies to cinders! You will rain fire damage upon opposing minions. Play as The Druid and ensnare your opponents with the ancient magicks of the forest. Claim the Bloodsoaked Fjord as your domain and crush your enemies with the mighty trolls of the north.

Get what you love for less.
Shop now
Shop now
- Shop now
Carousel showing slide 1 of 3 - Savings are here!

Find what you need

Top sellers and offers this week

Sit back, relax and sell with confidence