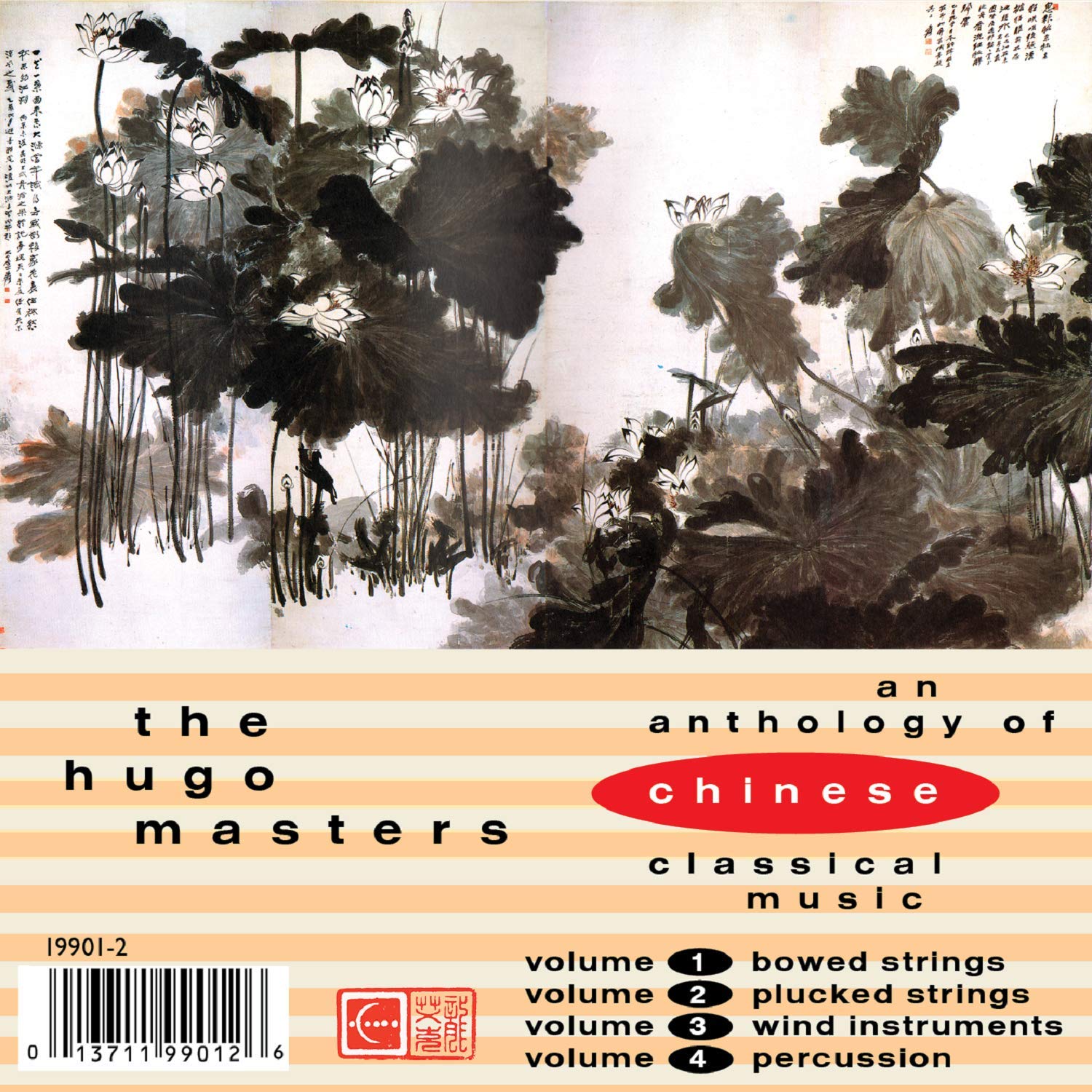 Chinese classical music is a much larger field than Western classical music. It covers a huge geographical area as well as a time frame of thousands of years. Although some of China's musical instruments have changed very little in hundreds or thousands of years, others were adapted to Western standards under the influence of Russian musicians during the middle of this century. In some cases, frets were added to non-chromatic instruments and tonalities standardized. The liner notes of The Hugo Masters: An Anthology of Chinese Classical Music contain extensive documentation of the various instruments used in Chinese solo and orchestral music, with descriptions of their history and modifications, as well as an essay to help Western listeners understand the background of Chinese classical music.

The music itself is highly varied and richly emotional. The music paints pictures of China's people, their culture and homeland, and their dreams and their despair. The Hugo Masters: An Anthology of Chinese Classical Music is a joint effort of the Hugo and Celestial Harmonies labels to bring this definitive anthology to listeners worldwide. This is the first time these recordings have become available to audiences outside of Hong Kong. For listeners unfamiliar with Chinese classical music, these works are a powerful and emotional awakening.

The Hugo Masters: An Anthology of Chinese Classical Music is an impressive collection which contains the treasures of China's vast musical tradition recorded and documented to the highest standards. It appeals as much to the casual fan of world music as to the serious student of Chinese music.

The name refers to the Hugo label of Chinese musician, producer and engineer Aik Yew-goh. This extremely talented young man spent years recording China's old master musicians, capturing their virtuoso talent with his scrupulously high quality recording techniques. In some cases, it was a last chance to gather such recordings.

China's classical music comes from an oral tradition, a tradition discouraged and very nearly wiped out following the 1911 Chinese Revolution. Mr. Aik searched the continent for musicians who were alive before the revolution and were still able to pass on their formidable knowledge.

Skip to content
Grant, O God, that your holy and life-giving Spirit may so move every human heart that barriers which divide us may crumble, suspicions disappear, and hatreds cease; that our divisions being healed, we may live in justice and peace;through Jesus Christ our Lord. Amen.

The Way of Love: Practices for a Jesus-Centered Life

Who We Are: LGBTQ in the Church

For centuries, monastic communities have shaped their lives around rhythms and disciplines for following Jesus together. The Way of Love: Practices for Jesus-Centered Life outlines a Rule for the Episcopal branch of the Jesus Movement.”
– Presiding Bishop Michael Curry

New Translations of the 1979 Book of Common Prayer

“Being a Christian is not essentially about joining a church or being a nice person, but about following in the footsteps of Jesus, taking his teachings seriously, letting his Spirit take the lead in our lives, and in so doing helping to change the world from our nightmare into God’s dream.”

Please make a gift and support the many ways in which we, together as The Episcopal Church, witness to the loving, liberating, and life-giving way of Jesus Christ. A gift to the Annual Appeal is one way for all of us to be God’s blessings in this world!

The Church in Motion

A Year in the Life

Tell Me Something Good Season 2

Presiding Bishop Curry’s Word to the Church: Who shall we be?

A Year in the life of Pandemic

Tell Me Something Good Season 1

Explore the Way of Love

Concert for the Human Family

Ministries Within the Episcopal Church

Ministries Beyond the Episcopal Church

This page is available in: Español